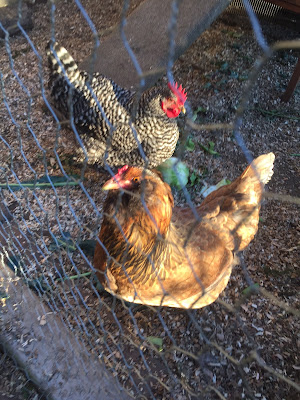 This just in: I am, apparently, a super-villain.

This is somewhat of an interesting development in my life. I've never thought myself to be especially evil in nature, but hey, who among us hasn't harbored at least ONE fantasy of enslaving the human race to do our evil bidding? My house would look pretty sweet with a pirahna-infested moat and my basement already makes for a fairly pimped-out underground lair. Does anyone know if the Legion of Doom has any openings at the moment? I bet they have a solid 401(k).

The only down side to discovering that I'm evil is that I've already wasted so much of my life trying in vain to be a goody-goody. If I'd only known about my true nature, just imagine how many damsels in distress I could have tied to railroad tracks by now. I don't have one single princess in the tower of my black castle. Heck, I don't even have a black castle yet. I should have been spending my days building a death machine that controls the weather, but instead I've been wasting evil time and evil resources writing this column every week. Thanks, Quad Cities, for finally bringing me to my evil senses.

Last week, I thought it would be fun to write a column about the most innocuous thing I could think of: chickens. There's been some talk at city council meetings in several of our local cities about legalizing backyard chicken coops within city limits. In my ongoing role as Hater of All Things Nature, I figured it was my duty to speak out in light-hearted opposition to the idea.

I thought my reasons were fairly valid. Chickens are animals, and animals are stinky and noisy. I'm already allergic to my own shadow, so I'm sure feathers and coop bedding flying through the air would do wonders for my hay fever. Plus, chickens are kind of mean and aggressive. They are not cuddlers.

So I wrote my little anti-chicken manifesto, complete with a few admittedly cheap shots at the eco-friendly, chicken-loving hipster stereotypes. It wasn't two hours after the column first appeared on Quad Cities Online when the comments started rolling in. "Hey there," said the first. "Just wondering if you're the same Shane who wrote a ridiculously ignorant article? If I ever cross paths with you in public, I will gladly educate you myself, seeing as your (sic) definitely lacking in the brain cells category." Uh-oh.

That was one of the nicer ones. As it turns out, the pro-backyard chicken folks in the Quad Cities are a passionate, well-organized bunch. My column had made its way onto one of their discussion boards, and member after member was queueing up to rip me a new one over my "innocuous" chicken column. It all culminated on Friday, when I came home to find my house had been egged and my back steps covered in chicken poop (which, to prove an earlier point, was indeed stinky.) Clearly, the backyard chicken mafia is not to be toyed with.

I may just be a lowly humor columnist, but I am nothing if not a pretend journalist with pretend ethics who pretends to take his job seriously. It's wrong of me to hate things for no reason (except Tom Cruise, who is just awful.) That's why the other day, I drove out to my new friend Lindsay's house to meet her hens, Lila and Lola. Lindsay is one of the more vocal advocates for backyard chickens in the area. She lives out on Big Island, and as I quickly discovered, her chicken coop isn't hurting a fly. In fact, Lindsay's chicken beef with the city is legitimate and justified.

"No domestic animal, including... chickens... shall be suffered, allowed or permitted to run at large within the corporate limits of the city." That's everything I could find in Rock Island's city code about chickens. Lindsay's hens are not running at large, nor is anyone suffering. Their coop, like many other chicken owners who have sent me pics, is nicer than my old efficiency apartment. But since city code does not expressly condone keeping chickens, Rock Island is now trying to make her get rid of Lila & Lola. I get why she's upset.

We walked out so I could experience Lila and Lola for myself. As our eyes met, I could clearly see the murderous intent in their eyes. Except that I couldn't, because they're chickens and they didn't care about me one bit. Were they stinky? Nope. Lindsay lines their coop with mint and sage to keep any smells down. Were they noisy? Well, they certainly cluck aplenty, but nothing you could hear from more than a few feet away. Were they mean? Well, I wasn't about to stick my hand in to find out, but Lindsay claims they're sweethearts and I didn't see any noticable scarring on her person, so I'll take her word on it.

"Chickens make good pets," she explained to me. "They not only have personalities that you grow fond of, but they give back to your households. They give you fresh eggs, compost your kitchen and garden waste, and provide nitrogen-rich fertilizer that helps enrich our soil."

She sent me home with some fresh eggs that were admittedly tasty, though I must admit it was odd eating eggs after having met the fussy personality whose uterus produced them. But if I had to lay one of those things every day, something tells me I'd be a bit fussy myself.

So I suppose I have to eat a little crow with my chicken. Backyard chickens that are well cared for probably won't ruin my day, especially if they've got yards the size of Lindsay's. The ordinance they're proposing in Rock Island mandates no roosters, no slaughter, a training class and a 6-hen limit. I'm still not exactly Team Chicken when it comes to my close-quarters neighborhood, but even if the city decides to ban the little cluckers, responsible folks like Lindsay with established coops should be grandfathered and exempted.

On Sunday, I opened my back door to find a giant box on my steps. I brought it in and opened it carefully, not knowing whether to expect a bomb, poop, or a live chicken to come rolling out. Instead it contained a frozen case of bacon and a note saying "TEAM BACON FOR THE WIN!" from the girls at my favorite lunch-time hangout. I might not be especially evil, but if I had known that ruffling a few feathers would result in free bacon, I would've become a super-villain long ago.
Posted by -shane- at 10/03/2016 No comments: