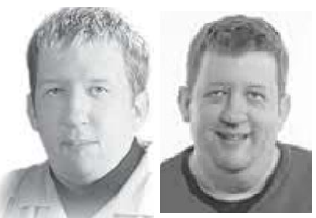 I know what you're thinking.

If you're an online reader of this column, you might have no idea what I'm talking about. But if you're reading this in the actual newspaper, you've probably caught it: They updated my photo that runs alongside this column.

Seemingly overnight, I've gone from youthful exuberance to middle-aged pudge. Fat seeps from every corner of my face. My chin has another chin, and a third one seems to be coming in nicely. My eyes, once gleaming with hope of an exciting future, now peer from dark circles that clearly say I have not managed my mischief well.

So what happened? Did I trip and fall into a vat of butter and forced to eat my way out? How can this healthy prime example of youth suddenly look gelatinous in the span of a week?

Well, the answer comes in the form of two confessions:

CONFESSION #1: This is the first time my photo's changed since starting this column in 2004. That's 13 years of aging overnight. I dare you to find somebody who can go 13 years without looking like they've aged a day. Actually, I take that back. Those people DO exist, and we should all hate them a lot.

CONFESSION #2: My original photo never really looked a whole lot like me. Let's just come clean -- it's been long enough. Over the years, I've made many friends at the paper, and among them was a former newsroom artist. He never wanted me to tell this story, because he was afraid of getting in trouble at the time. But he hasn't worked here for over a decade now, so I think it's safe to admit it now:

In my old photo, I appeared to be wearing a black turtleneck. Nope. In reality, it was just a black t-shirt. Even thirteen years ago, I was already well on my day to developing the double chin I now wear with pride, but my buddy went in and replaced that secondary chin with a fake turtleneck.

The same goes for the dark circles under my eyes. I've had those my whole life. I come from a long line of zombies: my grandfather had 'em. My great-grandfather had 'em. But after my buddy got ahold of that pic, the circles were gone and I had the complexion of a newborn baby.

I've never been especially worried about my appearance (with the exception of high school years 1986-1988, when it was of absolute importance.) But when my friend showed me the pic AFTER smoothing out my complexion and extricating my double chin, I was like, "Who's THIS sexy fella?"

That's not to say that my old pic wasn't without problems.

For one, it was taken during that ill-advised time in my life when my stylist convinced me to rock blonde highlights in my hair. This experiment ended abruptly when a pack of junior-high kids saw me with foil-wrapped hair under a pink dryer at the salon and then spent a good 20 minutes outside pointing and laughing.

But the biggest problem with that pic was the look on my face. It was NOT the expression of a guy who writes columns about cats and girls and dumb TV shows. It was the expression of a funeral director. If that photo could talk, the only thing it would say is, "I am terribly sorry for your loss."

So why did I pose like the "before" photo in an ad for Zoloft? I'd like to think of myself as a relatively well-adjusted human being. But point a camera at this well-adjusted human being and bad things happen. My head tilts like a confused puppy. My brain will send the command to smile, but my mouth will respond by twisting up like a crazy person. Every picture taken of me trying to smile instead looks like I'm aggressively constipated. I take the WORST pictures ever.

So the fact that my new photo looks somewhat normal is a testament to our expert photography staff. That's a legitimate smile on my face, not a posed one where I look deranged. Someone had to have cracked a pretty good joke to catch me actually enjoying myself at a photo shoot.

Any job where you can take a picture of me and I DON'T look like a murderous bogeyman is worth keeping. I might be a little chubbier and a little saggier. The highlights in my hair might be grey instead of blonde. But I'm in it for the long haul if you'll have me. Hopefully you like the new pic. You're stuck with it for at least the next thirteen years.
Posted by -shane- at 8/14/2017 No comments: 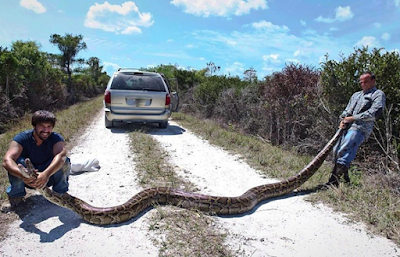 (Nnnnope. Not in a million billion kajillion years.)

I love this time of year.

Jackets start to come off, windows start to roll down. It's the Goldilocks time frame of the Midwest -- not too hot, not too cold. Best of all, it's early enough that we're yet to be plagued with mass swarms of water bugs or bees hellbent on pollenating yours truly. This is pretty much the only time of year that I enjoy stepping outside. But ever since I've moved into this house, it's also the time of year that has me most on edge.

It's happened three times now, and always in May. Freshly home from work, I'll be standing by the door fidgeting with the lock and see movement out of the corner of my eye. I'll turn and there it is: a very literal snake in the grass. I will respond by making a noise that sounds like a female toddler going, "Eeeeeeeeeeeeee!"

My neighborhood seems prone to occasional springtime visits from garter snakes, and I'll be having NONE of that, thanks.

According to the internet, garter snakes are the most wide-spread snakes in North America. "They are nearly harmless." Yeah, well, tell that to my palpitating heart, which nearly short-circuits every time I see one of those unholy terrors slithering around in my yard.  I'm well aware of the number of cheeseburgers I've consumed in my life, and I'm pretty sure there's a limited number of times my heart can suffer a full-on adrenaline rush before I'm a goner.

The first year I lived here, I stared out my window one day in abject horror as my neighbor calmly removed a den of garter snakes from his basement window well. He was just sort of absent-mindedly tossing snake after snake behind him, the majority of which were being caught and consumed in mid-air by a friendly neighborhood pit bull. This was NOT the kind of nature documentary I ever cared to witness.

I haven't seen any snakes in two years now, but I know they're out there somewhere, just waiting to slither up and give me a stroke when I'm least expecting it.

"But Shane," you say, "snakes are an important part of our ecosystem."

Yours, maybe. Not mine. My ecosystem involves air conditioning, ice cream, and frozen pizzas. Unless you can come at me with concrete proof that snakes play a vital role in the production of pepperoni, I will NOT accept your ecological arguments.

I think having a profound fear of snakes is perfectly justified. Garter snakes can't kill you, but that doesn't mean they don't have teeth. My cats are non-venomous, too, but that doesn't mean I let them bite me. Plus, cats have the good sense to grow legs and not slither across the ground like terrifying abominations of nature.

But if garter snakes are bad, imagine living someplace where deadly snakes can occasionally pop out for a mid-afternoon greeting.

As it turns out, Florida has a bit of a python problem at the moment. It's estimated that the Sunshine State has anywhere from 15,000 to 150,000 breath-squeezing, rib-crushing pythons in the wild. But don't worry, Floridians. Your government has the answer. Yes, this week the Florida Fish and Wildlife Conservation Commission announced a new public outreach program that should put the python infestation to rest. They call it the "Python Pickup Program."

The program is simple: If you're out in the Florida wild and suddenly find yourself in a life-and-death situation with a lethal python, all you need to do is capture and/or kill the little thing, take a selfie with it, send the photo into your nearest FFWCC office, and you will be the proud owner of... a commemorative "Python Pickup" t-shirt.

Wow. Up until now, if I needed a new t-shirt, I had to drive to a store and buy one. Now all I have to do is drive halfway across the country and beat up a snake. Thanks, Florida!

Look, I try not to stereotype. It's wrong to belittle the residents of an entire state based on midguided popular perceptions. But at the same time, I've also sat through exactly one-and-a-half episodes of a TV show called "Swamp People," so I'm clearly somewhat of an expert. And based on what I know about the Everglades, right now there is a guy (probably named Skeeter) turning to his friend (probably named Zeke) and excitedly screaming, "Hoo boy, Zeke! We can get us some t-shirts if we dun go whoop on some snakes! Fire up dat dere swampbuggy!"

I really don't like snakes. But if you're going to head out without training and voluntarily face-off against a deadly reptile that could coil around you and squeeze you dead, and your prime motivation for doing so is a free t-shirt from your local government? Well, in that case, I might just be cheering for Team Python. My only expertise in nature might come from watching Animal Planet, but I'm fairly certain the only people who should be picking fights with pythons are licensed zoologists and/or Australians in safari outfits.

The Midwest might not have majestic oceans or Disney magic, but we also don't have 14' long danger noodles, either. That's a fair trade in my book. Any state that needs to have a "python patrol" is very likely NOT the state for me. Now if you'll excuse me, I have a rainy, breezy, chilly, and relatively nature-free spring day to enjoy.
Posted by -shane- at 8/14/2017 No comments: