Some people listen to music for enjoyment; for others, it's a lot more serious. We hardcore nerds listen to music predominantly for one reason and one reason alone: so that at the end of the year, we can spend countless hours assembling the definitive list of The Greatest Albums of the Year. Then we usually meet in chat rooms or e-mail forums and shred each other's lists to microscopic detail. Don't think otherwise: "What's your favorite album of the year" has a right answer and a wrong answer (i.e. if you agree with me, it's RIGHT; if you don't, it's WRONG.)

That said, I wouldn't be me without investing one column at the end of the year to offer my picks for the year's best albums. Seriously, if you guys get a second, even if you're just a passing fan of music, check some of these records out. You don't know what you might be missing. 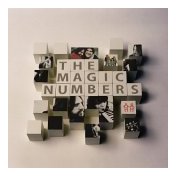 #10 - THE MAGIC NUMBERS - "The Magic Numbers" - Sometimes a band comes along who are so stinkin' earnest about their craft that you have to just sit back and enjoy the show. The Magic Numbers defy all current trends. Two sets of brothers and sisters who might be the most unfashionable 4 people alive, the Magic Numbers fill the void between modern rock like Dave Matthews and their more obvious influences, The Mamas & Papas. Nostalgia without being corny. 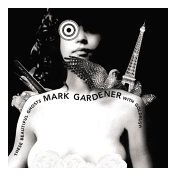 #9 - MARK GARDENER WITH GOLDRUSH - "These Beautiful Ghosts" - American audiences first knew Mark Gardener when he fronted 90's UK noisemakers Ride. Years later, he's back, but for the most part, he's left his guitars unplugged. The end result is the ultimate night-beside-the-fire record of the year. Full of passion, hooks, and a surprising maturity from a much-missed voice.

#8 - THE NEW PORNOGRAPHERS - "Twin Cinema" - NOTHING like the name implies, folks. What began as a lark side project for some of Vancouver's top musicians has turned into a cult supergroup phenomenon. This record will be the new standard-bearer for power pop music. Bright chords, songs that get stuck in your head for days on end, and a sloppy, under-produced modesty that highlights the fun these guys must have when they're together. Who knew Canada could be the New Cool? 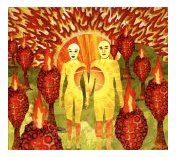 #7 - OF MONTREAL - "The Sunlandic Twins" - The band that refuses to release a bad album maintain their track record. Little more than frontman Kevin Barnes and a laptop computer, "Sunlandic Twins" reveals that it's sometimes okay for indie rock bands to put on their boogie shoes and dance like loons. It's impossible to express the wonders of this band in a capsule summary. Just know that they're my favorite group still making music. Here's to another decade. 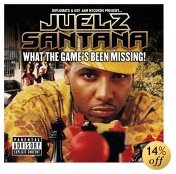 #6 - JUELZ SANTANA - "What the Game's Been Missing!" - The Diplomats have always been known for great beats and samples, but no one was expecting the monstrous attack of over-looked Dipset Juelz Santana this year. Whether it's the speaker-shredding minimalism of "There It Go (The Whistle Song)" or the unexplainably awesome "Please Mr. Postman" sample that makes the hook of "Oh Yes," this is THE hip-hop record of the year. 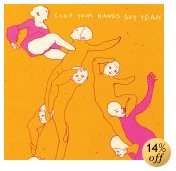 #5 - CLAP YOUR HANDS SAY YEAH - "Clap Your Hands Say Yeah" - Not for the faint of heart. Kids, this is the one to tick your parents off with this year, as frontman Alec Ounsworth screeches like a cat with its tail under a rocker. But after the shock wears down, you realize these are killer tunes reminiscent of early Talking Heads or Wilco. Fiercely independent, and like little you've ever heard. 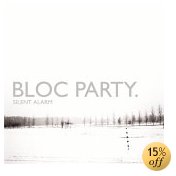 #4 - BLOC PARTY - "Silent Alarm" - Easily the most important new band of the year, Bloc Party took over the UK like a storm in 2005 and now need wheelbarrows just to haul around their critical acclaim. When they sing, "Something glorious is about to happen," you know they mean it. Imagine Joy Division and The Cure with the social-political slant of early (i.e. good) U2, and you'll be there. A CD collection without it is lacking. Even if he IS #4. 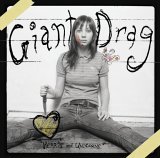 #3 - GIANT DRAG - "Hearts and Unicorns" - Annie Hardy might be the coolest person alive right now. At least, that's what you think when you listen to her band's first full-length record. What could have been another whiny, self-indulgent teenage post-grunge angst-fest instead brims to life with hints of everything from Hole and My Bloody Valentine to The Breeders and the Beach Boys, all held together by Hardy's shockingly charming realism. 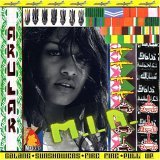 #2 - M.I.A. - "Arular" - I'm not one of those people who falls for the joy of world music. Just because a record came from Djibouti or somewhere does not make it inherently good. Thusly hearing talk this year about "this fantastic Sri Lankan rapper" made me smirk -- until I heard it. It's indescribable, other than you simply will not hear more inventive music this year. Wicked beats that can rip your speakers in half. 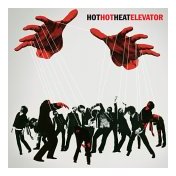 #1 - HOT HOT HEAT - "Elevator" - I can't explain it. I generally like artsy music that makes you think. Hot Hot Heat make silly music that makes you dance. How this ended up my #1 I'll never know, but there should be a law against music this infectious. I'm putting it at #1 because it's never left my CD player all year, that's why. It's sheer pop punk brilliance. A little formulaic, a little affected, a little purposely weird, but the best hooks you'll hear all year. Rush out and buy.