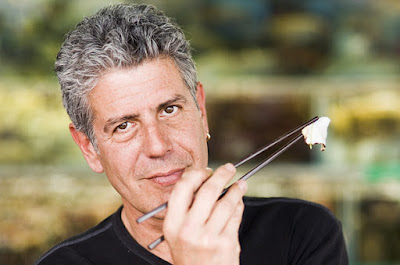 I'm pretty sure there's a tiny part of my brain that's managed to convince itself that I'm a worldly and well-traveled individual. It's incredibly wrong.

If we're sticking to the Midwest, then okay, I'm well-traveled. There are few country lanes and dirt roads in the bi-state area that haven't been touched by the wheels of my car at least once. But get me outside the Midwest, and, well... frankly I don't know what would happen, because I've seldom BEEN outside of the Midwest. In fact, when it comes to the history of my global adventures, here's a comprehensive list of my journeys:

Florida: 3 times. Colorado: twice. Dallas: once. Cleveland: once. NYC: once.

There you have it. That's as far as legs and wheels have ever carried me. I've never left the country, unless you count that trip to Cleveland, when we swung up to Detroit on the way home and, in a pre-9/11 world, hopped the border to Canada for dinner just to say we did. It's no wonder I've made it 45 years without finding my soulmate -- it's a big, big world, and unless she's passing through the greater metropolitan Quad Cities, she's lost to me.

Honestly, there's not too many places left that I really crave to see. Sure, I'd love to get to the West Coast at least once in my life. I wouldn't mind checking out the Grand Canyon and a view of the stars from the desert night. I'd certainly enjoy visiting the branch of my family tree that resides in France, and who wouldn't want to eat their way across Germany and see the Alps? Then there's the Anglophile in me that yearns to one day visit England, but I fear I'd rip up my return ticket the minute I arrived, never to be heard from again.

For the most part, though, I'm peachy right here on the Island of Rock. My parents are mostly hermits who seldom leave the area, and I fear I may have inherited their mindset. Travel isn't cheap, it comes with its own distinct set of challenges, and I am one lousy hotel sleeper. As long as I've got air conditioning, a credit card, and 24/7 access to the internet, I can usually see enough of the world out my living room window to keep my wanderlust satiated.

And for those times that it's not? Well, that's why God made Netflix.

If you look hard enough, you can find a surplus of great travel shows just waiting to be binged. Why climb Everest when you can tag along with a team of professional mountaineers without leaving the couch? That's why that tiny part of my brain is convinced that I'm well-traveled -- that part of my brain HAS traveled the world. It's been to the bottom of the ocean with James Cameron. It's explored the Nazca Lines of Peru with Josh Gates. It's gone to countless diners, drive-ins, and dives with Guy Fieri. Just the other day, it hiked the entire expanse of the Pacific Crest Trail in just six hour-long episodes.

This week, I've been feeling ESPECIALLY worldly, because I've been binge-watching CNN's Parts Unknown, hosted by the ultimate bad boy of travel, Anthony Bourdain. There's no middle ground when it comes to Bourdain -- you either love him or you hate him. With a resume that runs from chef to junkie to author to traveler, Bourdain tours the world with a punk-rock ethos and an uncanny ability to find the real humanity lurking behind every corner of the globe.

Bourdain proves that the easiest way to understand a culture is to sit down with them for dinner. Food is the great equalizer. It brings people together and opens dialogue you never thought possible. Libya might seem like a scary place, but when you watch Bourdain sit down with locals at a KFC knock-off in Tripoli called "Uncle Kentucky's," you realize that our blue marble might not be so big after all. The guy's got a way with words, and it's refreshing to see a foodie put as much importance on a home-cooked meal as a Michelin-star restaurant.

You just couldn't pay me enough to do his job.

In every episode, Bourdain sits down with locals to wolf down generous platefuls of whatever regional cuisine he's found himself immersed in. Invariable, he finds the offerings delicious. I don't buy it.

Everyone has food they simply don't like, right? I hate onions. Always have, always will. Sorry, but onions have a taste that clearly says, "Hi, I'm stinky and slimy and absolutely not for eating." I don't care if it's a rare onion only harvested at midnight on a full moon by Tibetan monks and then painstakingly caramelized by a team of holy caramelizers trained since birth in the ancient art of caramelization, it's still an onion and onions are eww.

But instead of an onion, Bourdain has to deal with plates full of things that look like the aftermath of a particularly grisly agricultural accident. Onions would be the least of my worries when someone lovingly sets before me a plate of donkey intestines or a fish that's been fermenting in a hole in the ground for six months until it reaches that perfect mouth-watering level of putrifaction. Different cultures might find common ground in food, but it doesn't change the fact that some cultures eat really gross food that I wouldn't be able to consume on a normal day, let alone a day when I'm being followed around by a camera crew to bear witness to my every reaction.

Maybe when you're a trained chef, you develop a culinary appreciation more sophisticated than the average eater. I get that. I'm sure Anthony Bourdain feels about food the same way I feel about music. And yes, there are bands out there that I hate -- but can appreciate. I might detest Lynyrd Skynyrd with nearly every bone in my body, but they're really quite good at what they do. I get that they're a great band -- but I'm still not going to queue up for their concert. No music critic is going to get me to like "Freebird," and no food critic is going to get me to like "blood gravy," whatever that is (except I know what that is. It's gravy... made from blood. And probably onions, too.)

So here's to you, Tony. Keep doing your thing. Travel the world and take me vicariously to exotic lands I will only ever see through your eyes. Show me weird cuisine and regional delicacies that look recently deceased and arrive at your table with an undead eyeball still staring at you while you devour its carcass. Just don't mind me if I appreciate your show while sitting in my living room eating a hot pocket (which, truth be told, is probably more disgusting.)
Posted by -shane- at 7/05/2016