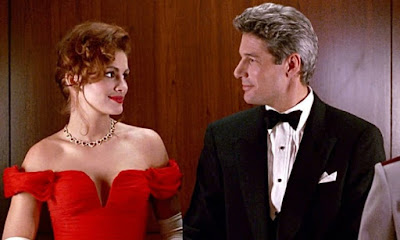 A friend of mine confessed something shocking the other day. Somehow, some way, she's lived her entire life having never seen "Star Wars."

In a way, I find this sad. She's not just missing a movie, she's missing a cultural touchstone that's shared and celebrated around the world. I bet you could go to the farthest corner of Mongolia and still find nomadic shepherds who could quote Yoda.

In another way, though, her achievement is kind of impressive. "Star Wars" is fairly omnipresent. It must be somewhat tough to avoid. Kudos, friend. You must be really committed. The Force is strong with this one.

I don't really think of myself as a film buff, but I probably qualify. If you spend as much time on a couch as I do, you're eventually going to see your fair share of movies. If I'm bored enough, I'll watch just about anything. But just like my "Star Wars"-hating friend, there exist a pair of movies that were massive cultural benchmarks of my era that I've never watched, nor do I ever intend to. Maybe I'm just being stubborn or an elitist movie snob, I dunno. I just truly think I'm a better person for having never sat through them.

The first is "Top Gun." My hatred of Tom Cruise has been well documented over the run of this column, but that's mostly due to his temporary betrothal to my ultimate celebrity crush, Katie Holmes. But even before he had the gall to sully the good name of my future wife, I was never a big fan. "Top Gun" just never interested me, and I guess I just never got around to seeing it. I don't even really know what it's about, other than a bunch of guys who fly planes super fast and I presume that Tom is the superest and fastest of them all. And then Berlin sings a song about taking my breath away. Yawn.

The other classic film of our era that I've never seen is "Pretty Woman." That almost changed this weekend.

Last Saturday, I was working on my laptop with the TV on in the background. TBS was airing a cavalcade of harmless romantic comedies that I'd seen a kajillion times over. All of a sudden, though, a new movie started and it wasn't until I spotted Julia Roberts that I realized I was absent-mindedly watching "Pretty Woman." I shoved my laptop aside for a second and stared at the screen.

Do I even know what this movie's about? Richard Gere's a fancy business guy and Julia's a prostitute and I guess they fall in love, right? So it's basically just a skeevy version of "My Fair Lady," except instead of awesome timeless songs, all you get is Roxette's "It Must Have Been Love" and Go West's "King of Wishful Thinking," two of the blandest chart-toppers ever released unto the world. Is there anything redeeming about this movie? I hit the "INFO" button on my Tivo to read its capsule description. Hand to God, this is what it said:

"PRETTY WOMAN (1991). George hires a bar girl, Mimin, who looks the same as his co-worker he killed to cover up the disappearance and resign from her job. However, Mimin decides to stay after seeing the vice president who saved her a few nights ago."

Wait... what? Richard Gere's a murderer? Julia becomes a businesswoman? Who's this vice president and what did he save her from? And what kind of a name is 'Mimin'?

One of two things was clearly afoot: Either (1) Tivo seriously screwed up, or (2) "Pretty Woman" is a WAY more interesting film than I ever knew.

It took some investigating, but I finally figured it out. Richard and Julia's "Pretty Woman" came out in 1990. But in 1991, ANOTHER "Pretty Woman" was released -- this one a low-budget drama from Hong Kong. Tivo had simply switched the two descriptions by mistake. (Why a Cantonese movie has leads named 'George' and 'Mimin' remains a mystery.)

But seriously, how AWESOME would that plot twist have been? There's nothing set in stone that says a light-hearted romantic comedy can't end in a moment of horror. Imagine a 90-minute movie where Richard and Julia meet-cute, fall in love, and do all the boring things that happens in every romantic comedy. Finally it culminates in a passionate kiss, after which Richard Gere pulls Julia Roberts close to him, leans into her ear, and whispers, "I killed my co-worker. She looked just like you." A look of terror spreads over Julia's face. A Roxette song starts playing. Credits.

Now THAT would be a movie to remember. Imagine a crowded theater full of date-nighters all going, "WHAT THE...??" in unison. THAT, friends, would be a movie I'd endorse. Moral of the story? I dunno -- prostitution is bad? The world is terrifying? Life is like a box of chocolates except when one of the chocolates gets murdered and replaced by another chocolate that looks exactly like it?

But no, instead of a cool movie full of murders and Mimims aplenty, this was just the boring "Pretty Woman" we all know and love. Except I didn't know it. So I watched a few minutes, got bored, and changed the channel into a Star Wars flick that was just starting up.