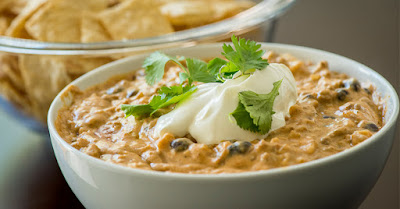 With loads of free time around the holidays, I wasted more than a few hours binge-watching shows stacking up in my Netflix and Hulu queues. But what to choose? When you're single at Christmas, watching sappy romances can cause a needless pity party. And I don't care what Andy Williams says, the most wonderful time of the year seems like a bad time for scary ghost stories. Instead, I settled for my mounting queue of cooking competition shows.

I know nothing about cooking. I can make about twelve different entrees competently, and I'm okay with that. I can bake chicken and fish, boil pasta, work a grill, and I'm quite skilled at adding Helper to hamburger. Beyond that, I'm contentedly inept.

The chefs on TV, on the other hand, are anything but inept. The stuff they make is less food and more edible art. They use ingredients I've never heard of before. They use cooking techniques I've never heard of before. Everyone "sous vides" everything. I don't even know what sous vide is. I just had to look up how to spell sous vide. I don't think it's something you can do in a microwave.

Still, I enjoy watching these chefs make magic out of a pantry. But there's a downside. Those shows make everything look TOO easy. Easy enough for a stupid part of my brain to go, "Well, that doesn't look TOO hard. Maybe I CAN cook." For the record, I cannot -- but shows like this occasionally make me forget. And the false confidence I took from this binge-watching session was JUST in time for my annual New Year's Eve party.

Don't be alarmed, I'm still a realist. It's not like I tried to serve my friends bouef bourguignon or something. But rather than the usual chips-n-salsa cuisine that usually awaits my party guests, I thought I'd try some dip recipes I pulled off the internet. How tough can dips be, right? Throw some stuff in a bowl, stir it up, and presto: delicious goop. I felt confident. Some of you might have even seen me pushing a cart through Hy-Vee with a metric ton of cream cheese.

The first recipe I thought I'd try was some decadent goop called Monster Cookie Dip that's a can't-lose combination of cream cheese, peanut butter, and loads of sugar and chocolate. The recipe says, and I quote: "In a mixing bowl, add ingredients and blend with electric mixer until light and fluffy." Or, in my case, until your electric mixer gets stuck, makes a noise like "grooooonk," and starts puffing out a cloud of noxious black smoke.

But I was determined to not let one tiny near-fire ruin my new year, so I moved on. Next was a meatless taco dip as a token offering to my one vegetarian friend. This seemed to go fine until the part where you have to dice up onions and jalopenos. I hate onions, and jalopenos straight up terrify me. I can't even look at one without hearing my mom warn, "DON'T TOUCH YOUR EYE!" Which of course made my eyes immediately start itching. "WEAR GLOVES!" said my inner mom, who probably instead should have said "BUY GLOVES!" because I lost mine years ago. But if you've ever wondered if it's possible to quickly de-seed a jalopeno while wearing winter mittens, I can now provide a definitive answer: No.

I decided the best course of action to avoid blindness would be to chuck the onions and peppers into an electric chopping product I own that shall remain nameless, except that it looks like a bullet and may or may not be magic. With mitten hands, I carefully loaded the bullet, pressed down, and just like magic, it moved most of the contents to the side walls while turning a very small amount into a toxic onion-jalopeno death-pulp, which I carefully deposited in the crock pot and said a small prayer. I apologized for the dip prior to anyone touching it. People said it was good, but based on the amount of leftovers, they lied. I now have a full container of the stuff in my freezer for that future day when I get a hankering for a really lousy taco dip.

I sought redemption in an easy queso dip with only three ingredients: sausage, cheese, and tomatoes. The quick assembly boosted my confidence, and I poured the mixture into the crock pot with the pride of accomplishment. Then I looked to the left and saw the crock pot. I had instead just poured hot cheese and sausage directly into the heating element. Somewhere I could hear the voice of Padma Lakshmi going, "Shane, please pack your knives and go."

I am no Top Chef. But despite my best efforts, the party went off without anyone getting burned, electrocuted, or pepper-eyed. Maybe by the time I drag out the holiday decorations again, I'll be a MasterChef -- just remind me not to WATCH MasterChef right before New Year's.
Posted by -shane- at 4/05/2019