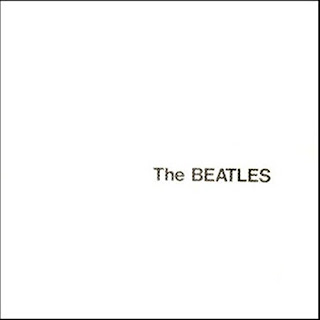 Being an audiophile is one of my life's great joys. But I never thought my love for music would lead me to an evening of maudlin rumination on the passage of time. Yet here we are. I blame John Lennon.

I've been a music junkie my entire life. It may have started before my life even technically began -- my mom's convinced she fostered my audiophilia by putting headphones on her womb while I was a captive audience. I don't know if it was the prenatal catalyst for a lifetime of music geekery, but I guarantee fetal Shane was grateful for the wall of amniotic fluid separating me from the greatest hits of Barbra Streisand.

As a music nerd, I'm obligated to stay on top of the newest trends in audio tech. Vinyl albums begat 8-tracks which begat cassettes which begat CDs and now we're back around to snobby purists swearing that vinyl's always been the best. Transistor radios gave way to Walkmen, Discmen, iPods, and now our crazy world where I just walk around my living room and say, "Alexa, play [any song that's ever been recorded in the history of time ever]" and it just magically DOES.

I still get excited to check out new releases every week, but oftentimes I get even MORE excited to see my favorites from yesteryear getting remastered, refurbished, and re-released. This surely must be due to my natural enthusiasm for sound clarity and certainly NOT the fact that I'm becoming an old curmudgeon who just doesn't "get" today's music. At least that's what I keep trying to tell myself.

In today's streaming music era of low sales and diminished returns, record labels put a lot of faith into remastered and repackaged classics. Take an old record with an already huge fanbase, send in some engineers to clean up the sound, add a few rare tracks, and saps like me are bound to re-buy it.

Some are well worth the investment. But a lot of so-called "remasters" are nothing but cash grabs where someone just took the original recording and cranked up the volume for today's laptop culture. I felt some misgiving when I learned that a newly remastered 50th anniverary edition of the Beatles' "White Album" was heading for stores.

The Beatles discography is well worth owning. But how many times can it possibly be remastered? They did it once when their catalog first came out on CD. In 2009, a team of Abbey Road engineers remastered them again in what was supposed to be the definitive editions. So why do we now need Giles Martin, son of original Beatles producer George Martin, to remaster The White Album AGAIN? Don't get me wrong, I bought it -- but I wasn't expecting much. Boy, was I wrong.

Time will tell if this remaster will become the new gold standard of Beatles releases, but it sure is different. Rather than past attempts where the engineers remained as faithful as possible to the original production, Giles pretty much tossed his dad's work out the window and started over from scratch, taking the band's original recordings and mixing them to today's standards. The result is a White Album that sounds insanely modern.

Take "Dear Prudence" for example. Gone are the psychedelic reverberating vocals that instantly date the record to 1968. Instead, you hear John Lennon's voice raw, powerful, and up front. I was listening in the car and it sounded like he was there in the passenger seat. It's a production triumph and a must-own, although it's kinda weird to lose the vintage quality that defined their sound.

I never really appreciated The Beatles until I got to high school and found a clique of friends with an affinity for their parents' record collections. This was 1985, and even back then, the Beatles already sounded like a magical relic from a time long past. It was (and still is) great music, but to my 14-year-old ears, it was already an antique.

This got me thinking tonight. There was only a gap of 15-20 years between The Beatles and high school me. When today's high schoolers hear music from 1994, does it sound just as ancient as the Beatles seemed to me? Do today's kids think N'Sync and Nirvana sound like musty antiques? Will those kids be buying Justin Bieber remasters someday?

Pop culture moves FAST. Some of you might be able to remember a time before rock music even existed. Give or take, only 20 years separates Glenn Miller from Elvis, the Beatles from Devo, Pearl Jam from Cardi B. In my relatively short time, I've lived through disco, new wave, grunge, boy bands, and mumble rap.

If music can evolve THAT fast, who KNOWS what the future will be? I used to have a go-to joke that our Top 40 chart in twenty years will be nothing more than people screaming obscenities over recordings of power tools. Well, have you heard dubstep or listened to "Gucci Gang"? We're pretty much there already.

Will I ever give up entirely on new music? Or in 20 years will I be listening to the 70th anniversary "White Album" re-re-re-remaster, wherein holographic Paul McCartney WILL be sitting in my passenger seat singing Ob-La-Di Ob-La-Da while advising me on the best route to work? I have no idea what musical future awaits us, but I'm all ears.
Posted by -shane- at 4/04/2019