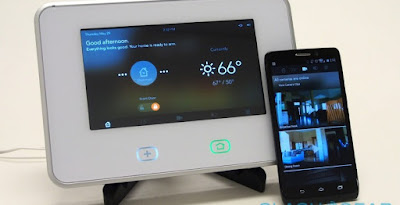 I have a vivid memory of my friends and I in grade school putting pen to paper in order to sketch out our "dream homes." The end result would always look something akin to one of Dr. Evil's lairs as designed by fifth graders.

Our dream home was usually entirely underground in a charming catacomb style, yet large enough for all the necessities of an ideal fifth grade existence: An underground movie theater, regulation size bowling alley, multiple video arcades, a fully functioning McDonalds, a secret robotics lab, a dungeon for our dragons, and ample parking for our submarine. You know, all the comforts of home.

Each upgraded version of this Fortress of Nerditude would be more complex than the last, but one thing was always of vital importance: security. The site of this subterranean dream abode would of course be in the absolute pitch middle of nowhere, and its exact whereabouts would only be known to a select handful of elite invitees: our close group of friends, Luke Skywalker, the members of KISS, and Bill Buckner (when he was a Cub and still capable of fielding a ground ball.)

But should some unfortunate uninvited soul stumble upon our secret domicile, they'd be in for a world of hurt, because our number one priority was security. Every entrance would of course be guarded by moats filled with sharks and piranha, and that's only if someone first made it through our outer perimeter of razor-sharp barbed wire and our holding pens of rabid wolves. Worse yet, if that someone were a gross cootie-filled GIRL, she would naturally be incinerated by our bullet-proof laser cannons. In fifth grade, you could NEVER have enough bullet-proof laser cannons.

The fifth grade me would be highly disappointed, but I fear my interest in advanced subterranean architecture has waned over the years. While I did finally procure my dream home, it's sadly lacking in the bullet-proof laser cannon department. Worse yet, it's located in a proper neighborhood, complete with neighbors, passersby, and presumably na'er-do-wells up to no good. I've even let (gasp) girls come over.

My goals may be a tad more realistic these days, but my concern for security has never waned. Coming home to a burgled house would be awful. I don't own a lot of stuff, but the stuff I DO own is fairly important to me. But even worse than the potential thieving of my things is the notion that someone could potentially invade my turf. This is the one tiny piece of real estate on Earth in which I am king. (Well, I suppose for the next 26 years, the loan division of Wells Fargo is king. But I'm still Prime Minister.) If I want to come home from work and sit around in my underwear eating cold Hamburger Helper while watching "Supernatural," I can. It's my house. You're not invited unless I say so.

Odd, then, that an uninvited guest has finally caused my domicile to be a little better protected.

It was a few nights ago, and by random happenchance, I was sitting around in my underwear eating cold Hamburger Helping while watching "Supernatural." That's when the doorbell rang. I knew what all my close friends were up to that night, so it couldn't be one of them. That meant one thing: a door-to-door salesman. I decided to pursue the mature path of action and remain absolutely motionless while hoping he'd go away, which he eventually did. But this guy was no amateur -- he came back a few minutes later and tried again.

"The nerve!" I thought as I threw on pants and bounded to the door. "I'm gonna give this guy a piece of my..."

And that's when I opened the door, saw the logo, and immediately realized this guy was from a home security company and worth hearing out.

I've been lying to you, dear readers. Over the years, I've made more than one passing reference to "arming my security system and heading out for the evening." Truth is, I've never had a home security system. I wrote that in case any of you fine folks felt like robbing me blind. The closest thing I had to security were some leftover ADT stickers from the previous owner. For years, the sanctity of this home has relied on those stickers, a wing, a prayer, and a deadbolt lock.

Those days are over. Despite being appallingly aggressive, this salesman was offering a fairly good deal -- and on a whim, I took him up on it. 30 minutes later, a tech guy showed up -- and now I've finally got those laser beams I once dreamed of. Okay, these lasers don't exactly incinerate people (sadly, the authorities frown on that kind of thing.) They do, however, comprise an awesome motion detector that calls the cops the second you walk through my house without an invite. My doors are protected, my windows are protected, and I now have enough hidden cameras to shoot "Paranormal Activity 7" in my living room, except the ghosts would set off the motion detector lickety-split.

If you so much as step on my porch, you're being filmed and I can watch you from my phone in real time. Who needs Skype? If you want to video conference me, just ring my doorbell and I'll see you. Remember that tornado warning we had a few days ago? I was first informed of it by my HOUSE, which alerted me a full four minutes before it came on TV. As security systems go, it's pretty cool.

I'm not being cocky, though. Where there's a will, there's a way -- and no security system is flawless. So I continue to beg of you not to rob me. TRUST ME when I tell you that unless you're into some really needy cats and/or obscure British indie bands with absolutely no resale value in North America, you're going to be woefully disappointed with anything you haul out of here. Plus, I have no life, so I'm home a LOT. I'm not saying I could defend myself against a ninja cat burglar, but my loud and high-pitched shrieks of terror could cause long-term damage to your hearing, and that'd be a bummer.

Plus, I'd hate for you to fall into the piranha moat. As I recall from my fifth grade fantasies, it doesn't end well.
Posted by Anonymous at 6/29/2015