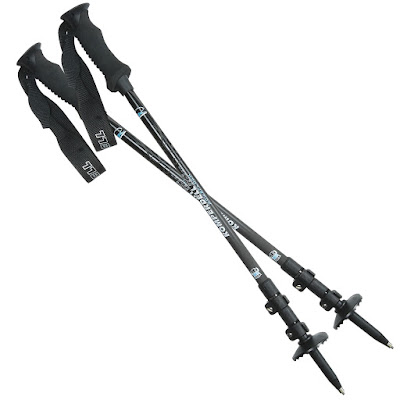 The more observant among you may have noticed that I took a vacation week last Monday.

Usually, this is my cue to tell you what I was REALLY doing with that "vacation" week. On more than one occasion, I've used it to sit by a family member's side at the hospital or to attend a friend's wedding or to finally tackle some time-consuming home improvement project. More often than not, though, I usually spend my "vacations" sitting around the house in a week-long state of boredom. For someone whose favorite pastime is a long and aimless drive, I sure don't take advantage of my vacations well. It was high time I fixed all that.

I'm starting to wonder if I'm just lousy at vacating. This time around, I tried to overcompensate for all those wasted vacations of yore. This time, I would try packing 3-5 vacations worth of activities into a mere week-and-a-half. Well, It's now that week-and-a-half later, and I've just made it home -- exhausted, sick to the bone, road weary, and desperately needing another vacation to recover from my vacation.

But man, did we vacate.

Like most things in my life, it all started with music. Namely, the music of ONE band: Ride. Yep, I know -- you've probably never heard of them. Don't feel bad, they were never exactly a household name. But for a few magical moments in the early 90s, they were the greatest band on the planet. Back in college, my friends and I tracked their every move, bought every CD, and worshipped them as musical gods. Like all good things must, though, our Ride eventually came to an end in 1996 when the band split up. At that time, my friends and I swore a sacred pact: If there ever came a day when Ride would reunite, we would travel ANYWHERE to see them.

That brings us to earlier this year. It was a blessedly mundane work day when suddenly I heard the distant ping of Facebook alerting my cell phone to an incoming message. But then it was followed by another and then another and then 2 more. Facebook was blowing up with messages from my old friends, all with the same newsflash: Ride were back. All the original members, all the old songs, and only one U.S. stop on their brief reunion tour. The pact was affirmed, tickets were procured, and it was a done deal. I was headed (gulp) to New York City.

After some quick discussion, an action plan was formed: My friends and I, now spread all over the U.S., would converge upon NYC this June and meet up for some lunching followed immediately by some rocking. Amongst the posse was one other Quad Citizen and my co-pilot on many a previous misadventure: my friend Jason. Rather than fly in for the show and quickly return back, the two of us hatched our own plan. With a full vacation week to kill, we decided to drive instead of fly and spend a few days checking out the East Coast.

Sure, I suppose a New England roadtrip is best taken in the fall than in the spring, but when would we have a better excuse to check out a corner of the country neither of us had ever been to? The possibilities were limitless. Maybe we'd meet a pair of cute Ride-obsessed girls taking an equally ludicrous roadtrip. Or (spoiler alert) maybe we'd end up with an Amish family in rural Pennsylvania taking turns pushing a button to operate tiny animatronic donkeys while a crusty recording of "God Bless America" played out of unseen speakers. But I'm getting ahead of myself.

First I had some preparation to do.

Jason and I make good travel partners, with one glaring exception. While I prefer sitting in an air-conditioned car and driving through nature as though it were a captivating 3-D movie, Jason strangely prefers to occasionally step outside and interact with said nature. His ideal vacations usually involve hiking and camping and biking and other action words that end in -ing. I just prefer to relax and soak up some sights and generally be even lazier than usual. But compromise is the name of the game, and if I wanted company on this mission, I had to face the fact that I might actually have to (gasp) walk around a bit.

Not only am I inexcusably out of shape and ill-suited for most outdoor adventuring, I'm also nursing an ankle that's not been in the best shape since the Great Fall-n-Snap of 2014. The idea of a little brisk mountain hike was a bit worrisome. And when I worry, I Google. And based on the results that popped up for "hiking bad ankle," the answer was clear: TREKKING POLES.

Let's be honest: I have zero experience with any kind of trekking that doesn't follow the word "Star," but everything on the internet said that trekking poles were the safest way to hike with wonky ankles. The poles provide extra stability and support, plus they're perfect for poking at any dead things we find along the way. That's why I took a shopping trip to Active Endeavors the other day trying desperately to hide the fact that travelling to Active Endeavors was far and away the most active endeavor I'd had in a long while.

It turns out there are umpteen varieties of trekking poles, some so expensive that I could've more affordably hired someone to do my trekking for me. Eventually, I left with what I think are a decent pair of poles that come complete with one set of tips for trekking and another set for "Nordic walking," which will come in super handy the next time I decide to go walking in the Nord.

With these poles in hand, I imagined myself trekking right up the side of a mountain with ease -- until I actually tried using them. It's tougher than you think. You hang on to them like ski poles, but as you step with your left foot, you plant the right pole. Right foot, left pole. From a physics viewpoint, it makes perfect sense... but it's also completely against my instinct, which is to plant the same foot and pole at once. I thought I might be broken, so I took them to work and my co-workers all had the same problem. With some practice, I finally got the hang of it, but I still have to focus way too hard on defying instinct and the end result looks as if I'm learning to walk for the very first time. Still, I'd rather look like the weirdo on the hiking trail than be the guy extricated by a helicopter from the hiking trail.

So how did it pan out? Did I get to use my trekking poles? Did I go walking on any Nords? And how did I end up operating robotic donkeys with the Amish? Tune in next week as the travelogue from hell begins.
Posted by Anonymous at 6/29/2015