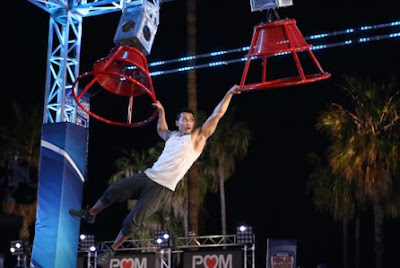 Dear Whomever's Left To Read This,

We made it. By the sheer stubborness of the human spirit, we've managed to survive this past week by the skin of our teeth. From what I reckon, we were just a stone's throw away from society descending into complete anarchy and a post-apocalyptic dystopia where disagreements would only be settled by a buxom Tina Turner in the Thunderdome.

We made it eight whole days without NBC. Somehow, I am still alive.

Unless you dwell under a rock -- and a rock that must only have DirecTV, Dish Network, or a good pair of rabbit ears -- you probably know the score by now. Media General, the owners of KWQC, recently implemented a rate hike for cable companies who carry their stations. Mediacom (my cable company and very likely yours, too) responded by raising their corporate middle finger and vowing to remove KWQC from their basic cable service rather than pay out. Nasty letters were written, a whole lot of mud was flung from both sides, and a determined game of chicken started to play out.

It took eight days before anyone flinched. For the past week, KWQC has been black for those of us with Mediacom. It didn't come back until moments before I had to turn this column in. Hopefully, by the time this piece runs on Monday, we'll have forgotten all about the standoff and once again families will be gathered around the TV holding hands and watching "Hannibal."

I'm no television expert, but it seemed like both sides had a valid argument. Media General thinks it's unfair that Mediacom pays out the nose for other channels but not for local TV. Mediacom thinks it's unfair that they should have to pay for a channel that anybody with a pair of rabbit ears on their TV can get for free. I can see both sides of things. I just never thought it'd come to a week-long stalemate.

There are problems in the world, sure, but nothing could have prepared me for the long, lonely week of having my usual 164 channels cut down to a measly 163. Obviously, it was a crisis. And whenever I go into crisis mode, I take notes:

* Great. You miss ONE episode of "American Ninja Warrior" and you'll never be able to understand the plot. Frantically I've scanned the dial, but NBC appears to hold an unfair monopoly on shows involving grown men climbing on monkey bars. Bummer.

* You know the age-old philosophical question that wonders: if a tree falls in the forest and no-one's there to hear it, does it make a sound? Well, if Paula Sands is Live and no-one's there to watch her, does she still offer the same witty yet informative casual chit-chat about local events and tasty recipes? My hunch was yes, but who can know for certain?

* Like most of you, a good portion of my daily thought process is spent wondering whether or not America's Got Talent. For a whole week there, I was blissfully unsure. Now that it's back on the air, I'm pretty sure we're talent-free. Except for Howie Mandel. He's a national treasure.

* No NBC on Thursday night meant I missed all the greats: The Office, 30 Rock, Parks & Rec... then I remembered that NBC cancelled all their good shows. All any of us can do now is miss them, and I really, really do. Hint: If you want to call something 'Must See TV,' one of the prerequisities should probably involve airing shows that one must see.

* I've never seen more than a few minutes of the show, but the minute I no longer had the option to, the only thing I wanted to watch was "Chicago Fire." I turned to WGN instead to watch news coverage of an ACTUAL fire in Chicago, but it just wasn't the same. The drama wasn't heavy enough and none of the firefighters seemed to be having any clandestine love triangles that I could tell. Yawn. Maybe I should've turned to ESPN and watched the Chicago Fire play soccer instead.

* George Stephanopolous, you are a fellow liberal, a political powerhouse, and a savvy media expert. But you, sir, are no Matt Lauer. As much as "Good Morning America" tries, it will never match the blessedly banal banter of the "Today" show that I've come to rely on daily. Ask anyone I work with and they'll tell you I've been walking into the office grumpy for the past week. I just realized it's all because I wasn't being gently wooed into consciousness by the dulcet tones of Al Roker.

* J'accuse, KWQC! To add insult to injury, you've now given me horrible stomach cramps. You see, I couldn't watch "Law & Order: SVU," so instead I logged onto Hulu. That caused me to binge-watch several episodes of "Top Chef," which then caused me to believe erroneously that I was capable of cooking food myself, which in turn caused me to attempt a chili recipe that was waaaay too spicy, which appears to be the cause of my current critical levels of stomach distress. I trust I can send my gastroenterologist bills your way?

At the end of the day, losing a major network didn't bother me as much as I thought it might. It could have been much worse. NBC recently picked up the rights to NASCAR, and if they'd decided to run one of their races in primetime during the blackout? Let's just say I'd hate to have been the guy answering the complaint line once you riled up NASCAR Nation.

So, crisis averted and we get to hold off construction of the Thunderdome for now. Tina's going to be super disappointed.
Posted by -shane- at 9/29/2015