COLUMN: If I Ruled The World 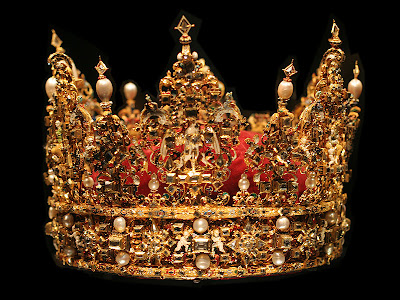 People ask me all the time, "Hey, Shane, why would a legendary man-about-town such as yourself want the extra burden of writing a humor column every weelk?"

The answer, as I've said before, is quite simple:

I plan to use this column as a stepping stone to global domination, where I hope to one day rule the world with a cold iron fist. Don't worry, though -- all of you loyal readers are encouraged and welcome to sign up as my minions to one day perform my evil bidding. I'll never forget my fans.

* There's Moamer ("Muammar") Gadhafi Kadhafi Gaddafi, the clown prince of evil villainy. Admittedly, you've got to give the guy some style points for having a name that can be spelled 27 different ways. But as soon as he began insisting that his people actually love him but are being drugged by terrorists into hating him, he lost a good chunk of his mojo. Besides, there might not be much of him left by the time this column even prints.

* There's good ol' Ann Coulter, who this weekend claimed that Japanese folk were lucky because scientists have explained to her that radiation is, in fact, good for the skin and a cancer preventative. Evil incarnate? You betcha, but sadly too crazy to be taken seriously (I sincerely hope.)

* And lest we not forget the Right Reverend Fred Phelps and his army of nutjobs at the Westboro Baptist Church, who really should get a standing ovation of evil for forcing First Amendment supporters like yours truly to take a stand for freedom of speech, even if it means allowing this pondscum to picket at funerals. But I sincerely believe there's a difference between being a classy evil villain and just plain being an abomination. Don't worry, brother Fred, if the Hell you speak of truly exists, I imagine you'll get a real in-depth tour of their facilities soon enough.

Truth be told, my only real competition for Grade A classy and captivating evil villainy right now is Charlie Sheen, and there's no telling how much longer he's gonna hold up. I suppose if having access to gobs of money and illicit substances whilst lovelessly dating a harem of porn stars is, in fact, "winning," then maybe Chuck's got me. But there's just one thing, though. Charlie Sheen can drink all the tiger blood and declare himself a worlock all he likes, but it doesn't change one important thing: the man is an exceptionally BAD actor. And if you're gonna be famous, you'd better be good at the one thing you're famous for. Kim Kardashian, for instance, is only famous for being hot - but at least she's pretty good at being hot.

So, see? My ascention to super-villainy could work. I mean, I'm in no rush, really. While ruling the world with a cold iron fist is a lofty and impressive goal to aspire to, on the short term my couch IS pretty comfy. Plus I'd like to see who wins this season of "Celebrity Apprentice." It's good to not be in a huge rush for global domination, because it gives me time to sit back and seriously ponder the most pressing of all statements:

- For starters, McDonalds would serve breakfast all day. REAL evil is when you deny an innocent man an Egg McMuffin just because it's 10:32 a.m.

- I would barely have time to write this column, because the 21st season of "Twin Peaks" would be one of its best. It's on just after new episodes of "Lost," "Firefly," and "Freaks and Geeks."

- I would be able to have ONE day -- just ONE day -- of getting to and from work without being impeded by road construction.

- The following would be immediately and without hesitation demoted to irrelevance:

* TMZ. I love pop culture, I really do, and I like to live vicariously through celebrities from time to time, sure. That doesn't mean I need to bear witness to them walking down sidewalks, jogging, and/or buying coffee. It's bad enough that you're on my internet, but now you're on my TV, too. I'm starting to feel sorry for Britney Spears and Lindsay Lohan, and that's unacceptable.

* Lady Gaga. "Baby, I was born this way!" No, you weren't. You were born Stephani Germanotta, and you languished playing to seedy clubs in the lower east side of NYC until a producer came along, gave you a dance beat, and told you to act weird for the sake of weird. Baby, you were MARKETED this way. Trust me, the schtick will get old soon.

* Katy Perry. My girlfriend's gonna hate me for this one, but I'm sorry, honey. She sings like a troll and perpetually looks like a kewpie doll in pain. Aren't your fifteen minutes about up? Russell Brand, you can stay, though.

* All Quad City nightclub DJ's... okay, no, because most of them are my friends. But SOMEBODY better decide it's time for early retirement. I left my decade-long club gig last fall for another club that promptly went bankrupt. Now I can't get on anywhere because every club's booked up. Not cool. So if you're a club owner in town and want new blood in your DJ booth, let me know. I'm clearly awesome and I work cheap(ish.)

* The Jersey Shore. And I don't mean the show. I mean the ENTIRE geographic area. Apologies to the Garden State, but the sorrowful MTV show you allowed to be filmed in your confines has ruined the reputation of your coastal region henceforth for all time. It also doesn't help that my life's dream is to become a cherished novelist and I've now been beaten to the New York Times best-seller list by someone named "Snooki." (Note: I grew up with a dog named Snooki. I'm pretty sure it was smarter.) I can't wrap my head around being jealous of anyone associated with this atrocity. Hence, it must be destroyed.

The bad news is that I guess none of these requests are especially evil or villanous. I guess I'm still a ways off from becoming the next Ming the Merciless. It's okay, though. I've got loads of time to practice -- "Celebrity Apprentice" has WEEKS to go.
Posted by -shane- at 4/11/2011

I, too, held this lofty goal, but I've decided to focus on more short-term goals. Like, say, how I'm going to pay for my next tank of gas O.o