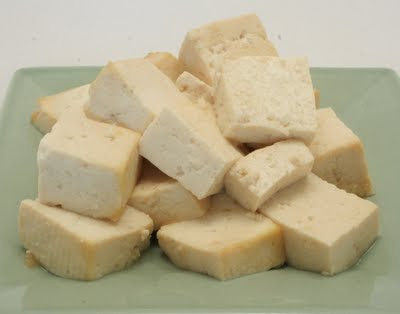 I knew it... I KNEW it. I told you guys in last month's column it would happen, and it took less time than I'd even imagined.

Backstory: My girlfriend, as you all plainly know by now, is pretty awesome -- and one of the many facets of her awesomnity is that she really likes to cook. On many a night, she'll show up at my door with a bag or two of groceries and within minutes, we're eating home-cooked dinner num-nums.

The up side of this, beyond a full belly, is that, for the first time in my adult life, my refrigerator serves purpose. Thanks to Amy, I actually now have FOOD in my house. Usually, my fridge is little more than a repository for aging condiments and a rest stop for wayward pizza boxes. Now it's got, like, real stuff in it. And not just leftover stuff either. I'm talkin' stuff that you can combine with other stuff to make even more delicious stuff. It's an entirely new concept for me.

And a concept I've been taking advantage of, let me tell you. Having groceries around might not be the best for my waistband, but it's sure good for the psyche. This brings us to the other night, when I was home alone and got a craving for a midnight snack. Amy had been over before and made dinner, and I thought I'd spied her putting a carton of milk into the fridge. Milk and cookies before bed? Yes, please.

I sauntered into the dark kitchen, grabbed a glass, poured some milk, took a swig... and promptly spit-taked, cartoon-style, all over the floor. Something had gone drastically wrong with this milk. That's when I flipped the carton around and saw the two most evil words to ever grace the interior of my refrigerator: "RICE MILK."

Nooooooooooo! I immediately sensed a great disturbance in the Force. I opened the cupboard where Amy often stores snack treats that she brings over. I hoped and prayed with all my might that I'd open that door to the soothing blue of a Chips Ahoy bag. But, just as I'd feared, no Chips Ahoy had made this voyage from Hy-Vee. Instead, I was greeted with their bastard black sheep cousins: a bag of (shudder) rice cakes.

There was no denying it: my girlfriend was on a health kick. I quickly surveyed the contents of the refrigerator with growing horror. Polenta... some kind of gross bird-seed looking stuff called quinoa... a bag of snap-pea chips... veggie burgers... and there, in the corner of the refrigerator, lurked my multi-pound white gelatinous evil nemesis. I had been unknowingly co-habitating with tofu.

I knew it a few weeks ago when Amy joined Weight Watchers. I suppose a good boyfriend would have been supportive and proud of their girlfriend taking a pro-active stance on healthy living. Instead, I chose to focus on the various evil ways this development could affect ME. Little did I know that Weight Watchers would be a gateway diet... to a trial run at veganism.

This isn't the first time I've had to deal with the dreaded V-word. I like to surround myself with fun, arty, nerdy, creative types - and when you run with that crowd, there's a good risk of them also subscribing to the tree-hugging, salad-eating lifestyle. And I find myself the Ernest Hemingway of the bunch - gnawing on a well-cooked steak whilst my friends graze on their twigs and berries. To each their own, I say. But here's MY take on veganism:

The other day I watched a show on the BBC called "Human Planet." In this ground-breaking documentary, naturalists discover one of Earth's last uncontacted tribes somewhere deep in the Amazonian rainforest. An entire society of people, unexposed to the modern world, living undisturbed for generation after generation. Which is why someone decided that the best course of action would be to buzz them in a Cessna and scare the living bejeepers out of the poor folk.

When the plane approaches the tribe, what do you suppose happened? Did they hail the passengers and invite them down for tea and Pictionary? Nnnnope. Did they bow and worship the great shiny bird in the sky? Not hardly. As the plane flew by, those not paralyzed in fear or running for their lives stood their ground and shot at the plane with arrows, spears, and sticks. Why? Because even an undiscovered tribe of primitive humanity knows that BIRDS TASTE GOOD, even if they're shiny and made of metal.

With all sincere apologies to my herbivoric friends, we are genetically engineered to hunt and eat meat, just as cows are genetically crafted to eat six stomaches' worth of grass. We did not develop incisors in our mouth in order to better taste the savory goodness of tofu. One of my vegan friends once told me that they preferred their diet because of how "natural" it was. Well, sorry to break it to you, but if I had to come up with a list of the least natural things on Earth, I'm pretty sure tofu would be at the top.

Yes, yes, it's made of soy -- nature's wonder. But when it becomes white, gelatinous, mushy, and gross, it becomes less nature's-wonder and more I-wonder-how-this-could-have-possibly-come-from-nature. It's more like soylent white. I say we give it the ultimate test: let's hop on that Cessna to Peru, find that uncontacted tribe, and, without any directions or explanation, let's drop a big ol' brick of tofu right in the middle of their village and just see what happens. If that uncontacted tribe bum-rushes the tofu with primitive forks and hungry bellies, I'll publicly apologize to the tofu-loving masses and eat every one of my words. Just don't make me eat the tofu.

In the short term, I'll live. Amy tells me she's trying the vegan thing just for a few weeks as sort of a personal challenge. And I respect that and give her kudos for having the gumption to see it through. Maybe we'll all learn a little about how to appreciate that which we oftentimes take for granted. She has my support. And I've got to admit, tonight we just had pasta made with quinoa -- and it was actually pretty tasty.

Just don't ever insult my intelligence by calling something "rice milk." Until the day I see an infant grain of rice suckling from its mother rice's bosom, I remain unsold. Then again, when you actually sit and think about what milk is and where it comes from, it kinda makes tofu sound a little more appetizing after all. Now if you'll excuse me, my girlfriend just left so I've got some hot dogs to microwave. Man can't live on quinoa alone.
Posted by -shane- at 4/11/2011

I am all for vegans and vegetarians. More meat for us, eh Shane? :)