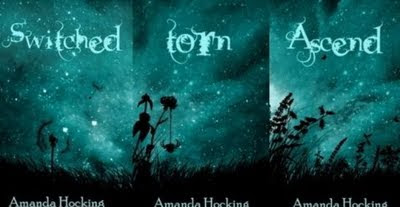 I spent last Saturday night in the company of a good friend and fellow writer. And, as the evening progressed, our discussion turned towards the sorts of heady, highly refined intellectual discourse that you'd naturally expect from two literary giants.

Namely: one million dollars, and why neither one of us has managed to earn it yet.

I went to college, I worked hard for that degree that's currently sitting in a dusty box somewhere in my basement. I've paid my dues time after time, as Freddie Mercury might say. It's been no bed of roses, no pleasure cruise, I've had my share of sand kicked in my face, and now it's high time somebody ponied up cold hard cash for my trouble.

I know, there are a LOT of folks out there who have it WAY worse than me, and I'm not taking for granted the awesome job and life I've already been blessed with. But sometimes you turn on the TV and you just can't help going green with envy. Snooki from The Jersey Shore is now a multi-millionaire. That just ain't right. Charlie Sheen, before exploding and telling the world that he deserves MORE money, was making an estimated $1.25 million per episode of "Two and a Half Men." That equates to roughly $53,000 per MINUTE. In ONE SECOND of work, Charlie Sheen makes more than most of us do in a week.

So, yes, jealousy is an awful side to show, and we're truly not supposed to covet our neighbor's anything, but the painful truth is that I'm likely to be out-earned this year by the little girl who sings that "It's Frii-EEE-Day, Frii-EEE-Day" song, and I can't help but think this means that society is somehow irreparably broken.

Clearly, though, a million dollars isn't going to be falling off a tree in my vicinity any time soon (I've checked into it.) So, if I truly want to start earning mad loot, I need to get a little proactive, stop whining, suck it up, and write me a New York Times best-seller. The way I see it, I've got the skills to attempt a couple of endeavors here:

(1) I could harness my one true passion and write a non-fiction charmer celebrating pop culture in all its glory. The only problem is that it's a crowded field already and most of our celebrated pop culture writers come with a celebrated pedigree. I can't quite imagine a dustjacket about-the-author going, "Shane Brown is some dude from the Midwest who likes to sit on his couch and watch loads of TV. It's kind of sad, really."

But as much as I admire my pedigreed pop culture nerdist elders, I'm still convinced that I could do a better job. I recently picked up Rob Sheffield's acclaimed new high school memoir, "Talking to Girls About Duran Duran" (which, incidentally, in MY school would have been titled, "Getting Beat Up By Girls For Trying To Talk To Them About Duran Duran. p.s. Def Leppard Rules!")

It's a great book that uses 80's nostalgia to kick up a dustbin of forgotten memories, but I wasn't 4 pages into it when I came upon this sentence: "When 80's darlings Depeche Mode come to town, my wife, Ally, begins picking out her dress weeks before the show, even though I already know its going to be the short black one. And I know I'm her date for the show, and I know she will look deep into my eyes when Dave Gahan sings 'A Question of Lust.'"

Fine and dandy, except for the fact that any REAL 80's music nerd knows that "A Question of Lust" is one of a handful of songs in the Depeche Mode canon NOT sung by Dave Gahan, but instead by their songwriting guitarist Martin Gore. You just failed the nerd test, Rob.

(2) I could also see myself writing (or at least attempting to write) young adult fiction. Given practice, I think I'd be pretty good at this. After all, I still think like a young adult. I pretty much have the maturity level of a young adult. I should be able to speak to this demographic. I have a friend who's horribly gifted at writing young adult novels, and she's even landed her own agent. Sadly, though, to this day she remains unpublished. Her agent tells her the reason is simple: the only stuff that sells these days to the YA market is supernatural romance.

Thanks a lot, Stephenie Meyer. Because of your subpar Twilight schlock, the only way I can make a million bucks writing books is if it involves a disaffected youth, a brooding vampire, a shirtless werewolf, and loads of pensive staring. Greeeeat.

Recently, though, I read an article about a girl named Amanda Hocking. She's a 26-year-old writer of young adult fiction who, after failing to get a book deal, opted to e-publish her books for 99 cents a pop on Kindle and iTunes, and now has over 4 million dollars as a result. She seemed cool in the article, and an accompanying photo even showed her wearing the very same ironic t-shirt I have on at this very minute, so I thought I'd hop on Kindle, download one of her books, and see what the fuss was about.

"Switched," her biggest seller, is the tale of a disaffected girl who falls hard for the brooding new kid at school. All's well until brooding kid shows up at her door, informing the girl that she is, in fact, a troll. And not just any troll, but the troll PRINCESS, which means she's got to be whisked away to Troll-land in time for the grand troll debutante ball. And, of course, she's in love with brooding kid, but he's from a lower class of trolls and unfit for a princess.

On one hand, I've got to hand it to her. She just managed to merge "Twilight," "The Princess Diaries," and "Romeo & Juliet" into one book, and if that won't sell copies, I don't know what would. But TROLLS? Really? If we're that desperate for untapped supernatural characters, what's left for me to write about? Disaffected minotaur? Brooding elves? A shirtless cthulhu?

My novelist career may be a ways off yet. And it's time to stop focusing on what I don't have and start appreciating what I do. The truth is, I wouldn't trade my life, job, friends and family for a million dollars. And besides, if I really get desperate for money, I've got a backup plan: "It's Thurr-SSS-Day, Thurr-SSS-Day!"
Posted by -shane- at 4/11/2011

First line, ppg 4: "...way worse than I." Correct English might be a step closer to that million dollars. Just sayin'...

I know, I know... I'm always kind of torn when it comes to proper grammar.

Grammar's overrated, frankly. At the end of the day, I write like I talk, and if I ever said "way worse than I," I would expect my friends to cast stern glances my way and start calling me Little Lord Fauntleroy and serving me tea.

PS: That's how Chris Matthews made the big-time, right?