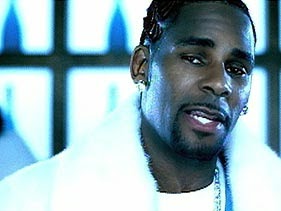 We live in a hustle-bustle, take-no-prisoners, faster-than-light world, and sometimes it gets the better of me. Even something as simple as my weekly column moves at a pace slower than the modern world. What I write today won't see the light of print until Monday, but I'm writing this on the Wednesday prior. In my reality, "Sharknado 2" hasn't even premiered yet, but undoubtedly you've already seen it umpteen times by now. The entire way we view the world (or at least the way we view tornados filled with sharks) could have changed by the time you read this.

I like to be plugged in to the happenings of the world, but there just isn't enough time. I like to be on the progressive side of social activism, but sometimes I don't even know which side that IS. As news and events hurl their way through the global village like a sharknado of information, I can spend my entire day well-read, plugged-in, fully networked -- and still feel hopelessly insignifigant and out of the loop.

It's good, then, that we've invented a way for each of us to have our say. A way for us to change the world rather than just respond to it. A way for us to ensure that no matter how loud, fast, and furious things around us may get, our voice can still be heard -- even if that voice happens to be crazy-pants.

I speak, of course, about the magic of online petitions.

You've all seen them, right? "Congress just did such-and-such! This is a very (good/bad) thing! Click here to sign my petition to let Congress know what a (great/terrible) job they're doing!" If there's a cause in the world, there are petitions to support and/or condemn it. And now, thanks to innovative websites like Change.Org, anyone on the planet can log on and create a petition for any cause they want.

Go take a look and check out all the amazing petitions created by social revolutionaries who are truly making a difference. Then ignore ALL of those and go straight to the ones at the end clearly written by insane nutbags. THAT'S where the magic lives.

"Petition To Allow Robbie The Dog To Freely Interact With Daycare Children!" yells one of them, currently wielding 41 signatures. Apparently some lady's home daycare was up for inspection, and when the officials came to visit, kind little Robbie The Dog came out and tried to bite their hands off. For some reason, the officials now frown upon Robbie sharing space with a house full of wee kids. How unfair!

Another petition gathering momentum has a serious message: "Petition To Kick The Ebola Virus Out Of Liberia!" Because the Ebola virus, as we all know, pays careful attention to the world of online petitionry. I confess that I was unaware that the optimal way to deal with the world's scariest virus is to present it with a list of objectioners, look at it sternly, and tell it, "Go on, now! GIT!"

Six people have signed the one labeled, "ABC Family: Put More Jude and Connor Scenes Into 'The Fosters' And Maybe Make Them More Than Friends." 132 people urge Nintendo to build a real-life Nintendoland theme park. 16 people demand that Kellogg's bring back Yogos (whatever they are/were.) 21 people have signed a petition that reads, and I quote, "Keep the old Abercrombie & Fitch dark and sex sizzling!!"

Even the White House has joined in on the craze. Recently they launched their own petition website with a promise from the Oval Office to review and consider any petition that reaches over 100,000 online signatures. Of course, because the internet is the internet, one of the first to reach that benchmark was a petition urging the Obama administration to immediately secure funding for the construction of a fully functioning Death Star to be operational by 2016. And, remaining true to their word, the White House issued an official response written by Paul Shawcross, Chief of the Science and Space Branch at the White House Office of Management and Budget:

"The Administration shares your desire for job creation and a strong national defense, but a Death Star isn't on the horizon... The Administration does not support blowing up planets. Why would we spend countless taxpayer dollars on a Death Star with a fundamental flaw that can be exploited by a one-man starship?"

And THAT is single-handedly the most awesome way that my tax dollars have ever been spent.

Another petition making its way up the White House site in a hurry demands that we change our national anthem from "The Star Spangled Banner" to the remix of R. Kelly's "Ignition." Count me in. Let's be honest, our national anthem is a great source of pride -- but it also has a weird melody, heavy lyrics, and is nearly impossible to sing unless you're Whitney Houston.

Or, as the petition states, "America has changed since Francis Scott Key penned our current anthem in 1814. Since then, we have realized that after the show, it's the afterparty; and after the party, it's the hotel lobby; and -- perhaps most importantly -- 'round about four you've got to clear the lobby, at which point it's strongly recommended that you take it to the room and freak somebody." FREEDOM. We could have the only national anthem in the world you can twerk to. If nothing else, We would clearly be the stars of the next Olympics (take THAT, Norweigan men's curling team.)

Why stop there? I say we fill the world with fantastically ridiculous petitions to constantly liven things up. First off, Justin Bieber has plagued our fragile Earth for too long, and it's high time we kicked him back to Canada -- if that petition doesn't hit 100,000, I'll eat my hat. From there, let it be a free-for-all. Let's try to ban the color yellow. Let's ask NBC to launch an All-Hasselhoff Channel (HOFF-TV.) Let's force everyone to use the metric system, but only on even-numbered days when the temperature falls below 40 degrees (I mean, 4.4 degrees Celcius.) Let's demand that N*Sync reunite annually for a 4th of July concert to perform the national anthem OR the remix to "Ignition," whichever ends up being applicable. Let's show this global village who's boss.