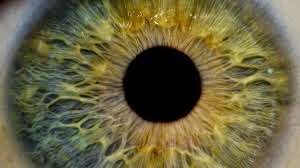 In order to write my column this week, I'm going to need to pull back the curtain a little bit and reveal some of the exciting and magical behind-the-scenes happenings that go on here at Team Dispatch/Argus.

Due to some restructuring and retirements, we've recently found ourselves a little short-handed on our legals desk -- and the short hands that remained were long overdue for a well-earned vacation. That meant one of us had to step up and cover legals for a week. Well, guess who drew the short straw?

Wait, sorry. What I MEANT to say was: Guess who the company entrusted with such an important and pivotal role?

You guys know what our legal notices are, right? We run them six days a week in the classifieds (they're NOT published on Mondays, so I fear you're without examples today.) They're the ads that cover things like public meetings, name changes, estate claims, and that kind of stuff. You may have assumed that I spent last week sitting at my cushy desk dreaming of new and exciting ways to write about my cats, but no such luck. Instead, I've spent the past week learning all about divorces, foreclosures, assumed businesses, whatever "notices of prevailing wage" are, and the epic addictive page-turners that can only be our annual community water quality reports.

After working all week with these things, I've earned the right to make fun of them a little -- but the truth is, legal notices really ARE important, and they're a big deal to run correctly. Publishing them is usually required by law, and making a simple boo-boo could result in court dates being postponed, divorce proceedings being interrupted, and bid notices going, err, un-noticed. It's a high pressure gig and requires a lot of attention to detail. There's just two problems:

(1) Legal notices can be really long, so a majority of them are printed in the smallest font size that we can legibly produce, and

(2) Quite often, they're written in confounding legal-ese understandable only by lawyers and exceptionally smart people. Some still use words like "thence" and "thereof." In a legal notice, you oftentimes can't just say "1720 Fifth Avenue." Instead, you have to say things like "Lot #5 located 3613 square feet from the southeast quarter of the northwest quarter of Lot 26 in Township 18 North, Range 6 West of the Fourth Principal Meridian." Truth be told, I prefer to just point and go, "That house. Over there."

By Tuesday, I'd developed a headache. On Wednesday, I caught myself leaning waaaay too close to the computer screen. On Thursday, I started developing a twitch in my right eye. On Friday, I walked outside to go to lunch and almost fell over from some surprise vertigo while trying to adjust to the sunlight.

As an experienced hypochondriac, I knew this could only mean one thing: mad cow disease. Yes, all those cheeseburgers over the years had finally started bovinely encephalopathying my noggin into spongiform. I mean, it had to be something BAD, right? It couldn't just be... no, surely not my vision.

I might have pointy ears, a big nose, and a freeform stomach, but my eyes have always been a bragging point. I've always been able to annoy my co-workers by being able to read their computer screens from half a room away. I can't have bad vision. Still, I decided that if I had mad cow, I'd rather hear it from a friendly optometrist rather than a neurologist with an itchy biopsy finger.

So, on Saturday, I went and experienced what I'm pretty sure was my first eye exam since roughly 1986.

I hate doctors. I avoid them like the plague. Eye exams, though, are kinda fun. The first thing they did was make me look in a machine and tell me to focus on the blinding red light. Now, I'm not precisely sure what happened after that, because I was too busy staring at the aforementioned blinding red light, but I'm pretty sure the doctor proceeded to spit into both of my eyes. Somehow, this means that I don't have glaucoma. Huzzah!

"Do you ever experience any floaters?" she asked me.
"Not until you told me to stare into that blinding red light," I replied.

Eye doctors have made a career out of telling people NOT to stare directly into bright lights. Then you go in for an eye exam and all they have you do is stare into bright lights. This is my kind of backwards science. The rest of the exam was roughly 18.5 hours of me looking at fuzzy letters while they asked the ever-important question, "Which is better - A or B? B or C? C or D?" Half the time, I couldn't tell. All I could see were floaters from the bright red light.

Still, I found myself alarmed when the doc asked me to cover my right eye and read the bottom line of letters on a chart. "Let's see," I confidently began. "Umm... F? B? G? No, Q? An ampersand? That symbol Prince called himself for awhile?"

The verdict was immediate. "You need glasses." It turns out my right eye was pretty good, but my left eye had checked out. As a result, my right eye has spent the past week being overworked, hence the twitch and the vertigo and the headaches. How could this be? How could my left eye have gone all remedial without informing me?

So there you have it. Somewhere along the line, I found the hill, I climbed it, and now I'm clearly OVER it. There's nothing to look forward to now except for blindness and the slow decay into death. Oh, and my spanky new bifocals which should be here by the end of the week.

Hopefully they'll make me look smart. Maybe even smart enough to understand these legal notices.
Posted by -shane- at 8/28/2014