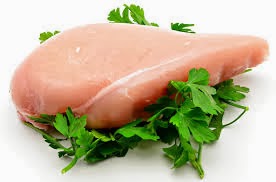 I've always been a big fan of games. I'll admit it: I own a visor that only gets worn for Monopoly. I've skipped classes and called in sick to work [note: PRE-Dispatch/Argus, of course] for the express purpose of playing video games. I once hosted a session of the card game Rack-O that lasted for 10 straight hours. An epic round of Rail Baron once cost me a dear friendship. And if you've ever participated in a charity trivia event, I have probably beaten you. Badly.

I take gaming seriously, but we may have just crossed a new threshold: I've invented my own game. It's full of risk, reward, strategy, and, above all, suspense. A game where the agony of defeat might just be all too real a turn of phrase.

It all started with an empty wallet. You ever have one of those weeks where every bill comes due in one masterfully spontaneous symphony of suck? That was me last week. Top it all off with the sudden expense of a flat tire and presto -- say hello to Broke Shane.

I'm not a big fan of making a dollar stretch -- all you have to do is look at my bank account to discover just how bad I am at it. (Note: Please do not ACTUALLY look at my bank account. One of my friends had her identity stolen last week by a thief in Maine. It doesn't sound fun, and trust me when I say that stealing MY identity at the present moment wouldn't even score you enough gas money to GET to Maine.)

It was a long week 'til payday and I had to put a stop to the wallet bleed, so I came up with a plan. Rather than waste money eating out for lunch every day like usual, I needed to brown bag it for a bit. That's why I went to the grocery store and invested my remaining coin in a big bag of frozen chicken breasts. I got home and threw it into the crock pot at 4 p.m. By the time it hit midnight, I had a pot full of tender chicken that pulled apart with ease. Bachelor cuisine at its finest, and I could survive off this stuff for days.

When I first left home a kajillion years ago, my mom made sure to impart upon me an encyclopedia worth of cooking tips -- of which I believe I remember about three. One was, "Don't put food in the refrigerator until it cools." I honestly have no idea why this is. It wasn't something awesome like, "Don't put food in the refrigerator until it cools... OR IT'LL EXPLODE!" Maybe putting hot food into a cold fridge wrecks the taste, or maybe it makes food spoil faster. I have no idea why you're not supposed to do it. I just know my mom told me not to, and that's good enough for me.

So I took the chicken out of the crock pot and set it in a storage container to cool down for a few minutes. And then I fell asleep.

If cats could talk, I'm sure I would have been their #1 topic of conversation on Monday. They sure seemed intrigued as to why I woke up in a start at 6:30 a.m. screaming, "OMIGOD! CHICKEN!" and bolted for the kitchen. It took me precisely thirty seconds to put a lid on the chicken and throw it in the fridge, but had the damage been done? I had just taken a ten-dollar investment and let it sit out on the counter for six hours.

And that, my friends, is how I invented the new high-stakes game I like to call... CHICKEN ROULETTE.

There's another nugget of wisdom I recall from my mom. It was something like, "Chicken is really good for you... EXCEPT WHEN IT KILLS YOU." My mom really hammered this one home. I don't know if she just assumed that her idiot son would immediately start feasting on raw chicken like sushi or what, but thanks to her frenzied warnings, I usually leave poultry cooking to the professionals.

It might be finger-lickin' good, but if those fingers touched it in its raw form, you will surely die of e.coli. This is why every time I grill chicken, I end up cooking it down to a shriveled little carcinogen that's probably just as toxic.

But what of cooked chicken that's accidentally left out all night? I guess there comes a time in every bachelor's life when he has to look deep within himself and ask the question: Am I too chicken to play chicken with some chicken?

I assessed the situation. The potentially funky poultry passed both look and smell tests (because, as we all know, bacteria is always day-glo orange and stinky.) Also, I keep my house so cold it's practically a refrigerator in here anyways. And I've eaten so much crummy fast food over the years that I may have built up a tolerance to most standard variations of food poisoning. Or maybe I've wrecked my system on so much bad food over the years that one iota of salmonella could kill me dead. A sick day from work might be nice, but projectile vomiting might put a damper on the holiday.

I opted for my favorite game show tiebreaker: I phoned a friend. Many of them, in fact. Answers ranged from: "YOU DIDN'T EAT IT, DID YOU?" (a vegetarian friend who I think is just horrified by chicken in general) to "just chase it with some vodka and that'll kill all the bad stuff" (a fellow bachelor) to "I don't THINK it'll kill you. You'll PROBABLY be fine" (my mother, surprisingly, but note the disclaimers.)

Sometimes, you've just got to bite the bullet. Or, in this case, the chicken. Over the past 48 hours, I've now played chicken roulette four times. As I type, there might be a listeria rave in my gastro-intestinal tract. So far, so good... but I'll admit that my stomach seems a little wonky right now. I'm hoping it's just from all the worrying. It turns out chicken roulette might be full of suspense, but not in a fun way. I don't really recommend it as a party game, unless you're up for answering "so what did YOU do this weekend?" with "Oh, not much. Well, other than killing all my friends."

I shoulda stuck with Monopoly. I just hope this chicken doesn't stick with me.